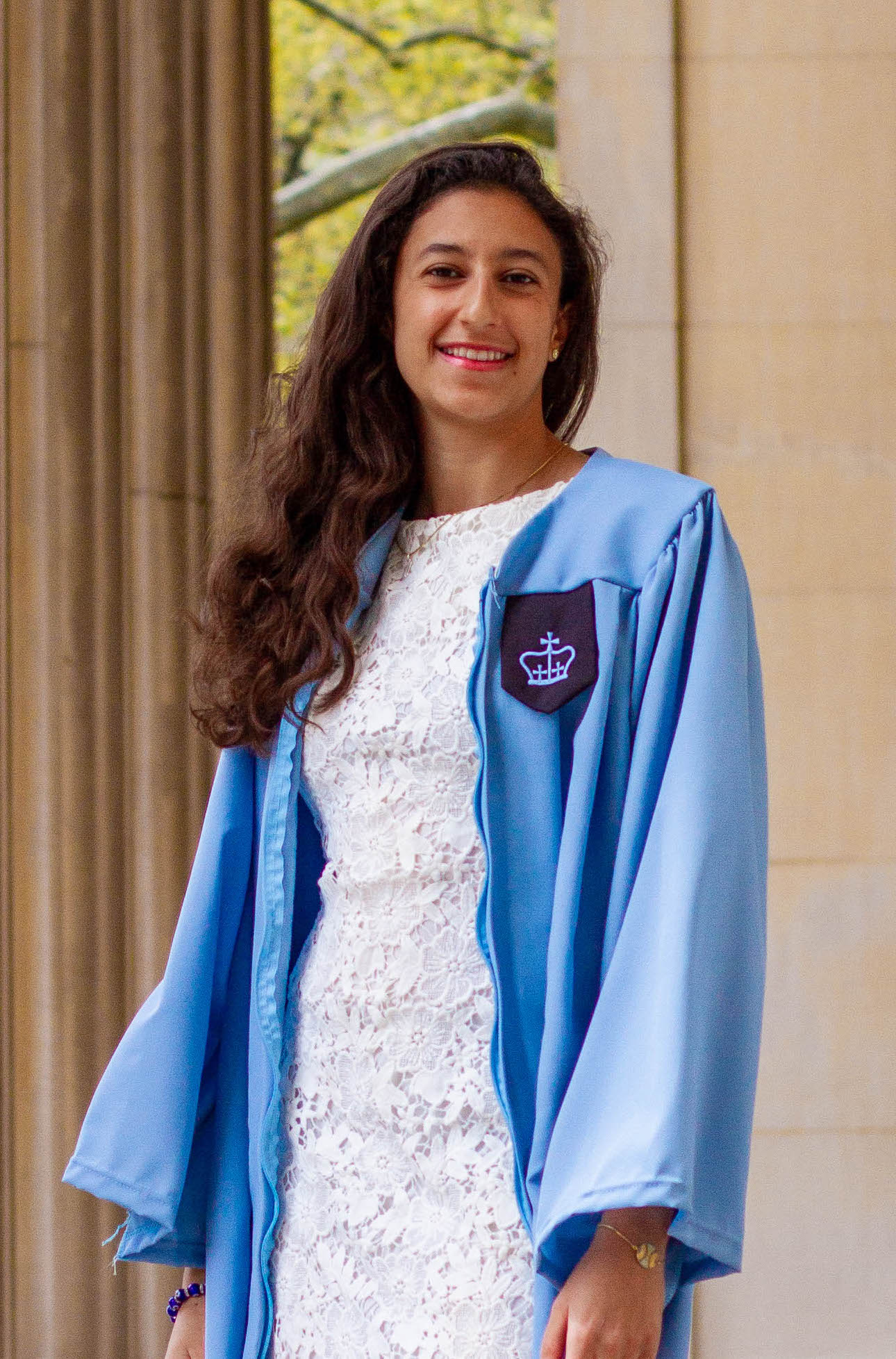 Maryam K Hassan is a 2020 graduate of Columbia College and the co-founder of the Columbia Arab Alumni Association.

In her time at Columbia, Maryam was a two-time captain of the varsity women’s track team as a long and triple jumper, the co-chair of Arab/Middle Eastern Family Tree in the Columbia Mentoring Initiative, and an NSOP Crew Captain. In her senior year, she received the Edward S. Brainard Prize, Indelible Mark Award, Multicultural Affairs Award, and recognition as a Senior Marshal for her continued service and leadership to her peers, especially in the Arab community.

Outside of athletics and the Arab community, Maryam is an avid photographer, and thoroughly enjoys connecting back to her Egyptian roots through music, movies, and literature.

Maryam received her Bachelor of Arts in Middle Eastern Studies and Anthropology and her Master’s of Global Affairs at Rice University where she finished her NCAA athletic career before competing in Egypt. She currently works as a Strategy Analyst at Deloitte.