Aliaa Abdelhakim, MD, PhD is Instructor in Ophthalmology at Columbia University Irving Medical Center and Assistant Attending in NewYork Presbyterian Hospital. She specializes in conditions of the retina, as well as patients with genetic conditions affecting the eyes. Dr. Abdelhakim completed her medical school training at Columbia University Vagelos College of Physicians and Surgeons, followed by an ophthalmology residency and vitreoretinal surgical fellowship at the Columbia University Harkness Eye Institute. She has won numerous awards throughout her training as a clinician and researcher. She was recently named the inaugural Burch-Chang Scholar, recognizing her as one of the rising research talents in ophthalmology.

Can you tell us about your journey to Columbia?

I was born in Saudi Arabia and grew up in Kuwait. I went to the American University of Cairo for a year before transferring to McGill University where I studied biochemistry and graduated with my undergraduate degree.

I then studied molecular genetics and biochemistry for my PhD at MIT and did a postdoc at Harvard. I wanted more patient interaction and less lab experience, so I applied to medical school to pursue an MD. I came to Columbia for that, and I’ve been here since.

And what are you doing currently?

I'm finishing my training in genetics and genomics. One of my research projects examines the dominant genetics in understudied groups. Our Arab population is generally underrepresented in the genetics world. If you look at other databases out there, people with Middle Eastern descent aren't really represented nearly as much as other ethnicities so that's a big source of interest for me.

My project is focused on various identities, but in general, people of Arab background are not well represented in the studies where they look at the human genome and at diversity. We need to be represented in these databases.

How was your experience at Columbia? Did you notice anything about the Medical School that was particularly different from other institutions you attended?

I loved medical school. Manhattan is very different from Boston - it’s huge and very diverse. Medical school was a lot of work, but I felt very supported by the people here and I loved it. I stayed at Columbia because I liked it so much. There was one attending who was Syrian originally – it was nice having her as a role model. 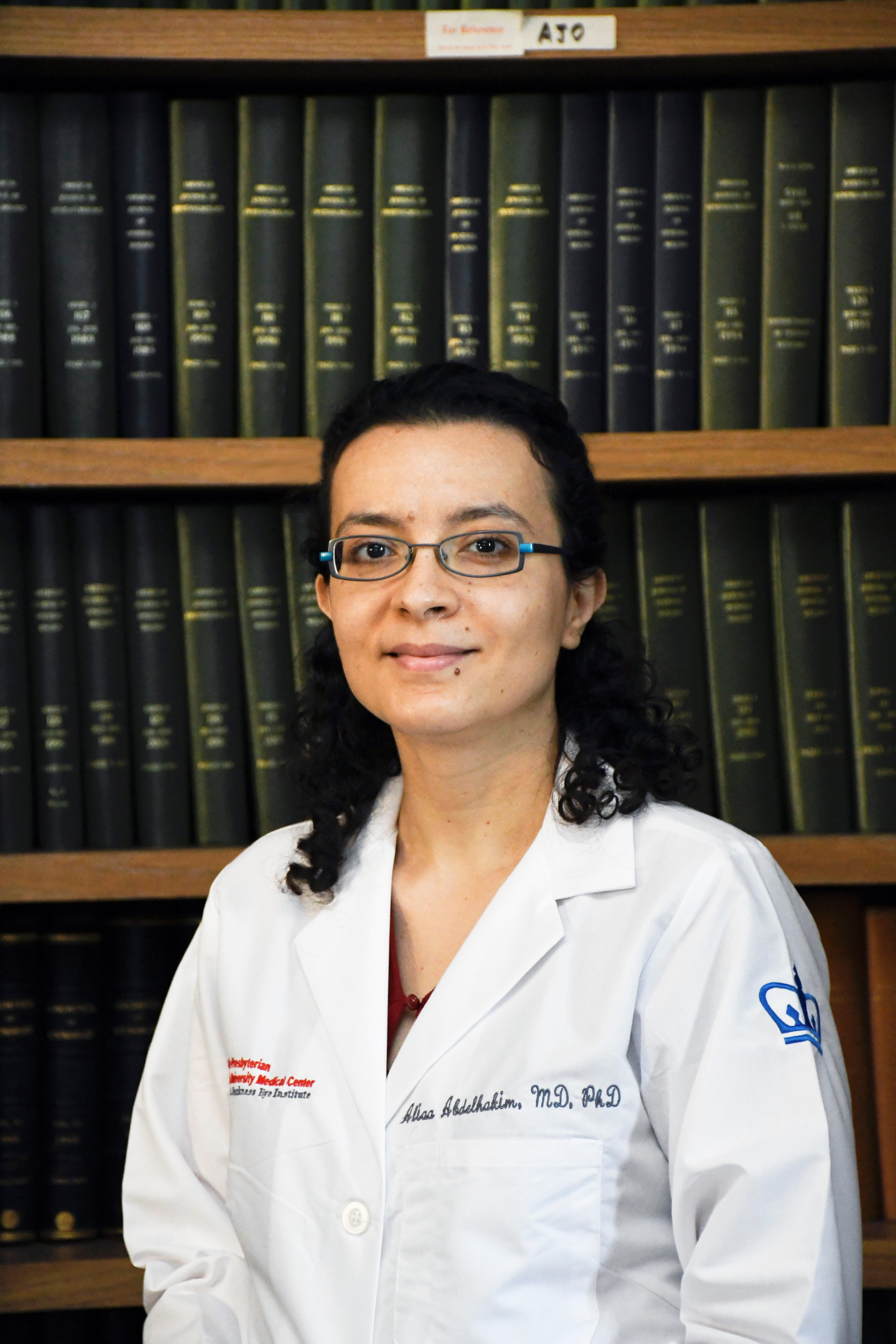 What's was your favorite class during your time at Columbia?

My favorite class at Columbia was Anatomy class where you develop a relationship with your cadaver because you're studying anatomy and you know this person donated their body and you're learning from it, so that was really fun.

What was your favorite book by or about Arabs?

My favorite author is Nawal El Saadawi. She’s a very controversial Egyptian feminist. She writes about women’s experiences in Egypt, particularly female genital mutilation (FGM). Her ideas and philosophies and thoughts stick out the most to me.

What was your favorite spot on Columbia campus?

I would say that the Morningside campus was great for restaurants and other things that we didn’t really have at the medical campus. The medical campus has changed a lot over the last few years. They created more green spaces, like the garden by the children's hospital is a nice area to sit and think. It's a very interesting place, like a fortress if you see it from New Jersey.

Which mentors have been most impactful in your life. Any from Columbia?

My biggest mentors are my parents. They're both doctors who practiced in Kuwait.

But they also have a war story – my dad got injured in the Gulf War. We're like casualties of war.

Despite these dire circumstances, my dad and his colleague medical professionals still took care of patients, even in war. That medical neutrality and front line work is a driving force for me.

I have so many work mentors. One that comes to mind is Dr. Irene Momeni, my mentor for genetics at Columbia. I can write a whole list of them. People who are my surgical mentors and then career mentors but in terms of life. However, I think my parents or my biggest mentors.

Do not be afraid to follow what you want to do, even if there isn’t a role model or a path that's been created before you. You can be the person forging that path, or the person who brings the change that you want to see.

The connection. It's difficult to find other people who look like you and have the same background as you. Having that connection is going to serve the community in a very important way and it'll increase representation. If students see an Alumni Association for people of Arab descent, they'll want to come to that institution because they'll know that there's a community for them here.