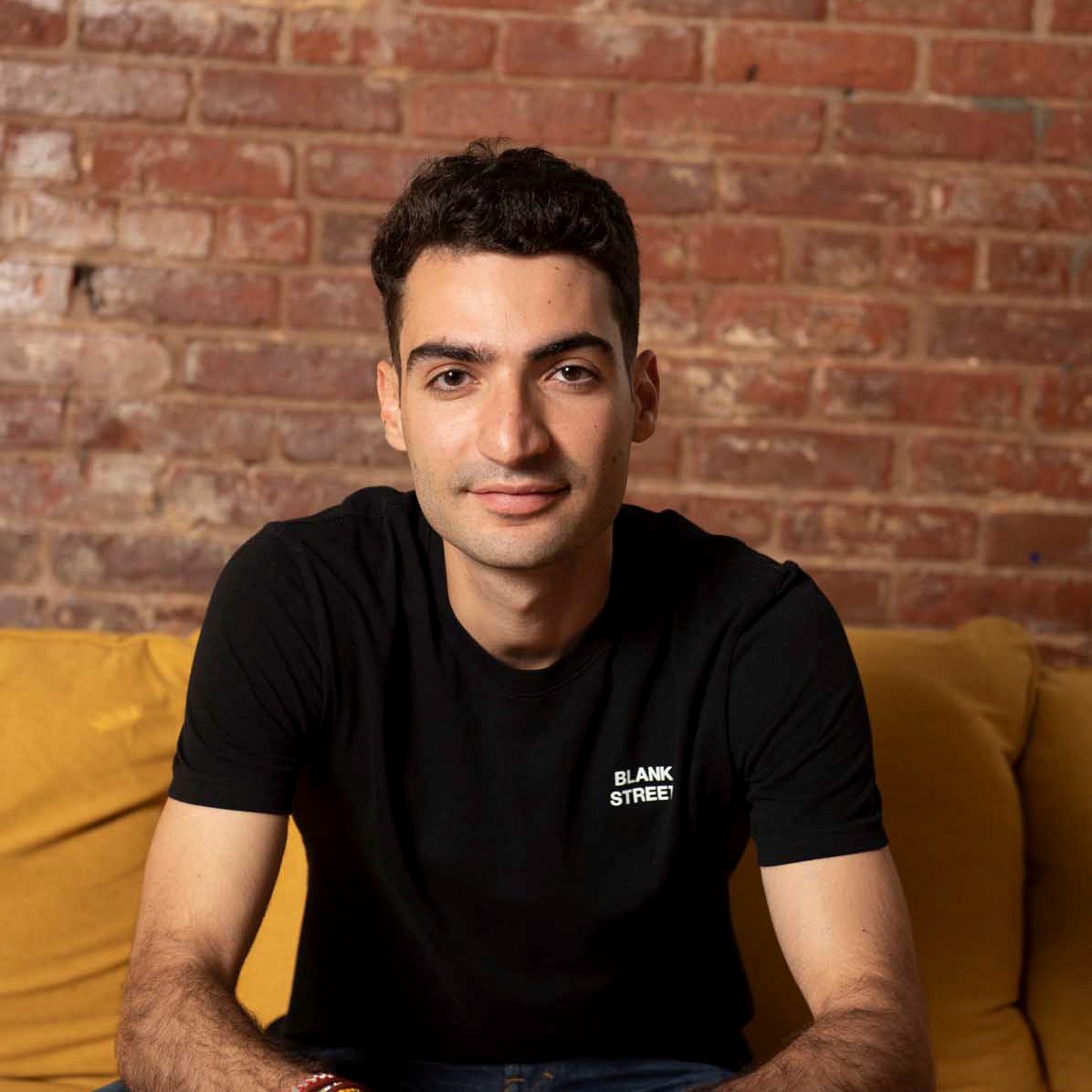 Can you tell us a bit about yourself currently – your current role, where you live, what you do?

I'm a partner at a venture fund called Reshape and I'm also the founder of a coffee brand called Blank Street. Reshape is an investment company that invests in consumer companies that have a technological edge. That's what we're trying to do with Blank Street on the coffee side.

I live in New York.

Tell us more about your journey with your coffee brand.

From a very young age, I’ve always been obsessed with drinking coffee. Growing up in Beirut, coffee was mainly consumed at home, specifically Turkish coffee. When I moved to New York, it was really shocking how coffee became a central piece of my life with coffee shops on every single corner and on campus. Joe’s coffee was such a moment for Columbia and it became the go-to spot on campus every single day.

The idea behind blank street was that I wanted to create the perfect coffee experience, at the right price point, where the speed and convenience met the needs of busy New Yorkers, the quality was awesome, and the people who served you felt like your best friends with amazing hospitality.

My business started from a cart and it was the perfect manifestation of everything I wanted in a coffee shop. I didn't care about anything other than the people, the speed, and the quality of the coffee. And as long as those three things are designed perfectly then in my mind, the equation was right for a supreme coffee experience. I got really lucky and it turned out that I wasn't the only one who sought such an experience and people loved the concept.

The first location did super well and it kind of led to another where we were able to raise more money to launch a few more locations.

We have a great shot at creating this next generation Starbucks. One thing led to another, but it really was born out of just an obsession with the space and the industry that I had and wanting to create something that was 10% better across all the things that really matter to a great company experience.

How has Columbia appeared in your life since graduating?

I'm still in touch with a lot of people from the school. I also recruit heavily for my company and for Blank Street because there is a lot of talent from Columbia. You know how the programs are there, and you know when you graduate the types of talents that you could have within specific programs and what you learned, what you studied, how to be applicable in the real world, so I love recruiting from Columbia and will probably continue doing that for a long time.

What are three words that can describe your Columbia experience? 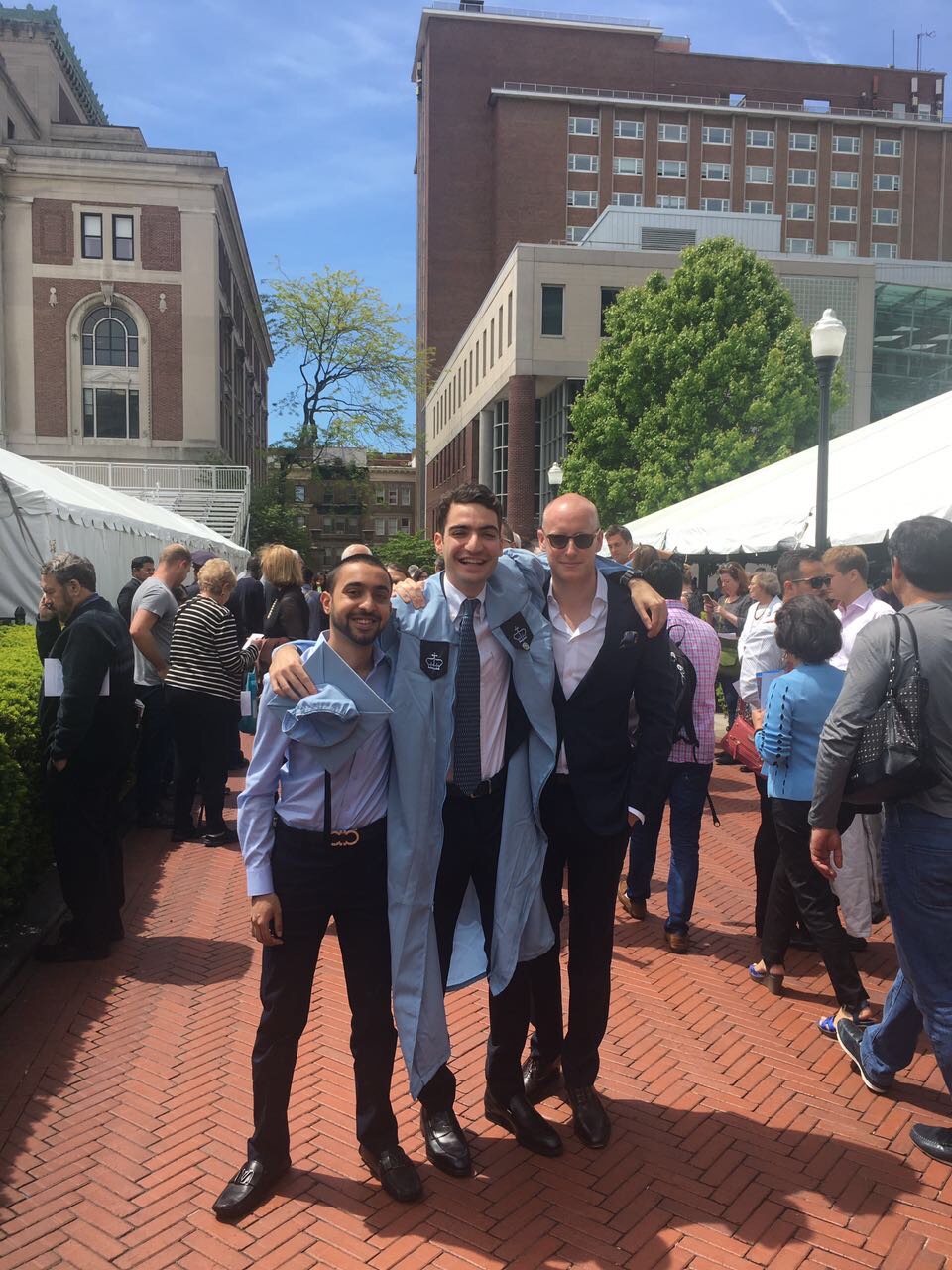 Can you share a little bit on your journey to Columbia and afterwards?

I grew up in Beirut for 11 years. I moved to London in 2006 after the war and went to French schools throughout high school.During my last two years of high school, I moved to Dubai for two and a half years. I transitioned to an American school because I wanted to go to the U.S. for college.

What led me to Columbia was that my sister was already studying at the university and I was fiercely competitive with her from a very young age. It seemed like a really good school in New York and she was having the time of her life, so I wanted to one up her. We were super competitive as kids and I looked up to her. I wanted to take a very similar path that she was taking so I ended up applying. Those were probably the best moments of my life at that stage.

What did you study at Columbia?

I studied Economics and Statistics. The statistics helped a lot post graduation. Economics shaped the way I think about problems, forcing me to become a better communicator and better writer

Favorite class during your time at Columbia?

The classes that helped me the most were in the statistics program. Applied statistical computing or applied data mining were really interesting and probably picked up things along the way that I still use right now.

In terms of where I had the most fun, there was a funny class that I took in the physics department called Weapons of Mass Destruction that walked us through the history of Nuclear Weapons and how they started and their political and social ramifications. The professor had a big character, and despite the gravity of the topic, was able to make the class fulfilling and fun.

Favorite book by or about Arabs?

I am a huge fan of Nassim Taleb. I've probably read every single one of his books. My favorite book by him which you read and it will change the way you think is Skin in the Game

One spot that is really engraved in my memory is the seventh floor in Butler because when it's game time and it's time to work hard on your finals and midterms and you want no distractions, you go there. It's probably the most sterile spot on campus by far like there's nothing, it's white walls everywhere and it feels like it would be depressing to any regular human, but when you're exposed to all this stimulation on the Columbia campus that's probably the only spot that you can go and focus on doing work. I have painful but great memories there.

What mentors have been most impactful in your life. Any from Columbia?

I never had mentors to guide me through life. But I will say that one of my best friends in Columbia was a Turkish guy who was a couple years older than me. He really helped shape my experience more than anyone else. He was in most of the communities that I was involved in. He introduced me to everyone he knew on campus on the technical side of finance. I really looked up to him in a positive way and he is probably the mentor that influenced my life the most during those years especially.

To what extent has being an Arab shaped your experiences, after you graduated?

Being Lebanese you're really used to bad news on a day to day basis. That creates a lot of grit and the ability to digest more stress than regular people. Being Arab gives you that trait. Having moved around also because of the war from London to Dubai and having to become more adaptable helped me a lot in my life.

Overall, and maybe the biggest piece, is that I still deeply understand how privileged I am. Having lived in New York, being able to build businesses here and having a comfortable life here. I know what's back home and it just reminds me every morning how lucky I am to be doing what I'm doing and living here because I was able to leave the country pretty early on.

It's still home and I still have friends there and I still acutely understand how privileged I am to be doing what I'm doing so that's probably the experience that shapes me and when I go back, I always try to ground myself and and understand that this is where i'm from this is who I am and it's always just a reminder that no matter what's happening to me in my job or minute problems pale in comparison to what we're used to.

Ignore 99% of advice that's given to you and just experience. Go through those four years with a lot of trial and error. At some point you want to make decisions about what you want to be trying. But ignore what people are saying to you and find things you are genuinely curious about and interested in.

You can continue to centralize resources. For example, if you're interested in the art world then CAAA can connect artists that are in the art world in New York that you should probably get in touch with. Just knowing that you have communities in all these different industries that you can go and meet and understand who they are, and build relationships with based on your core interests and they could range from anything from the art world to coffee shops. Being able to centralize those resources in a single place is incredibly valuable.