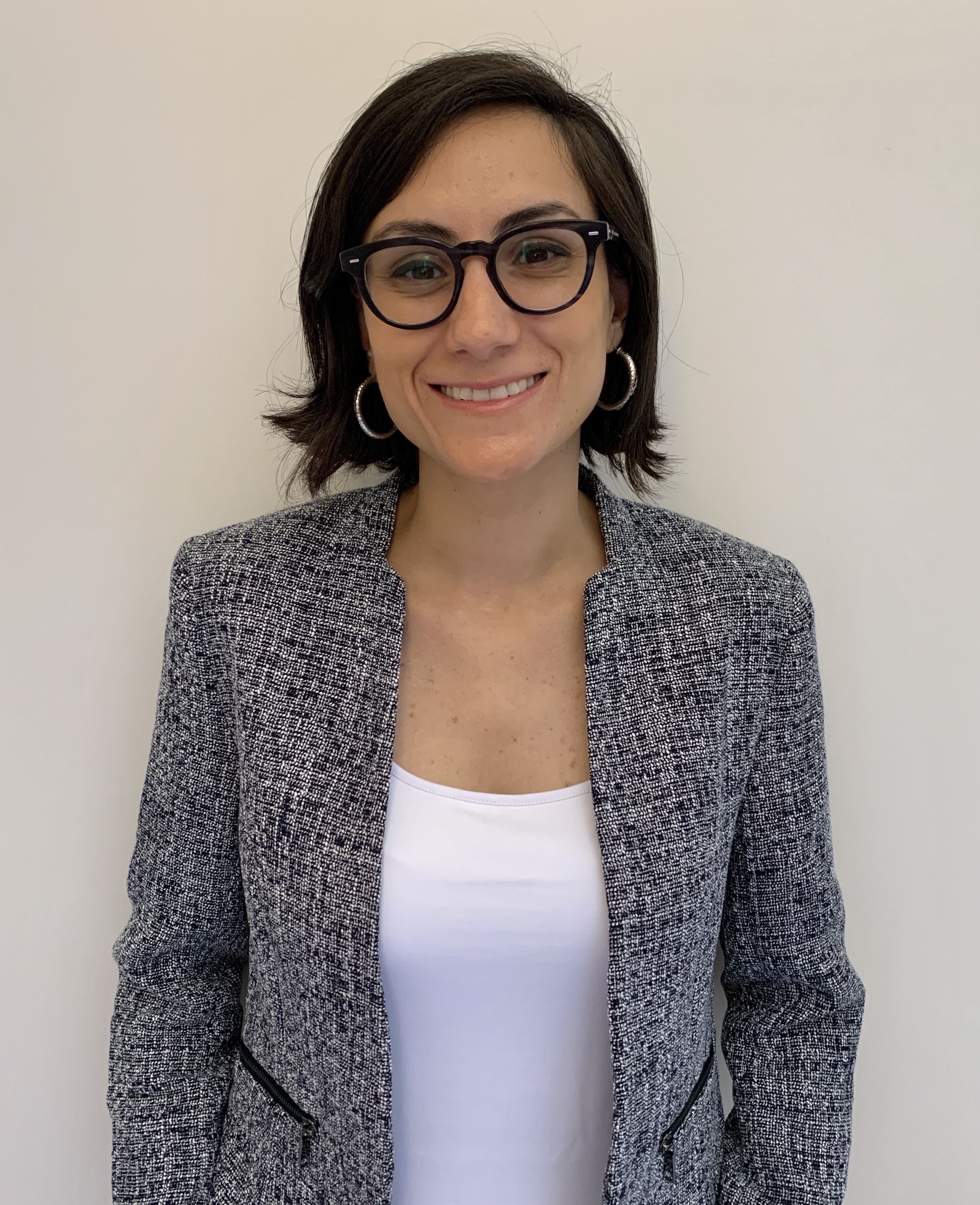 Nur Arafeh, GS '13, is a DC-based Carnegie Fellow focused on the political economy of the MENA region.

Our Vice President, Nadine Mansour, sat down with Nur for an Alumni Spotlight interview in January 2023.

Can you tell us a bit about yourself currently – your current role, where you live, what you do?

I’m a fellow with the Malcolm H. Kerr Carnegie Middle East Center, which is part of the Carnegie Endowment for International Peace. I’m based in Virginia and my work focuses on the political economy of the Middle East and on Palestinian affairs, and I'm currently working on a research paper on the political economy of the food crisis in the MENA region.

Can you share a little bit on your journey to Columbia?

I came to Columbia as part of the dual BA program between Columbia University's School of General Studies and Sciences Po- Paris. My first two years of undergraduate studies were spent at the Sciences Po campus of Menton in southern France, which was focused on Middle Eastern Studies, and my final two years were at Columbia.

For me, Columbia was associated with Edward Said and that's why I applied - I didn't really think about it being an Ivy League... I was very excited when I got accepted into the dual BA program. The program was new back then, and I was part of the second cohort.

Columbia was a huge shift for me because the American educational system differed greatly from the French system that I was accustomed to, and I actually liked the U.S. system better : it felt more relaxed and I had the time to go in-depth when studying certain topics. The French system was more strict and we had many more classes than what we had at Columbia.

While I studied Political Science at Sciences Po, I decided to major in Economics at Columbia, and I did my concentration in Middle Eastern studies.

One of the things I really liked at Columbia was the courses I took in music in South-East Asia, art history and literature. The diversity in thought and coursework was eye-opening.

What have you been up to since you graduated from Columbia?

I enrolled at the University of Cambridge after Columbia for my Master's, and then returned to Palestine for three years. I mainly worked in research, and consulted for several international organizations, on issues related to development policies and socio-economic policy analysis.

Then, in 2017, I started my PhD in international development at Oxford as a Rhodes Scholar. It was the first year that the Rhodes Trust expanded the scholarship to the new constituency of Syria, Jordan, Lebanon, and Palestine.

I wrote my PhD on the industrial elite in Hebron, a region in the Southern West Bank that has been under-researched despite constituting the industrial and commercial hub of the West Bank. Informed by a political economy approach, my research project aimed at critically examining how Hebron’s industrial elite accumulated and concentrated their capital, within a larger context of occupation, de-industrialization, and absence of a sovereign state.

I argued that Hebron’s elite concentrated their capital, through business relations with Israeli capitalists and informal linkages with Israeli officers. These alliances, rooted in dependency relations, have represented a network of privileges and have been a necessary condition for business growth, especially in the post-Oslo period.

What are three words that can describe your Columbia experience?

Some fun, quick questions: Favorite class during your time at Columbia?

My favorite courses were Joseph Massad's class on the contemporary culture of the Arab world,  and Rachel McDermott's class on South Asian literature.

Favorite book by or about Arabs?

I really like Susan Abulhawa, specifically her two novels: Mornings in Jenin and Against the Loveless World. 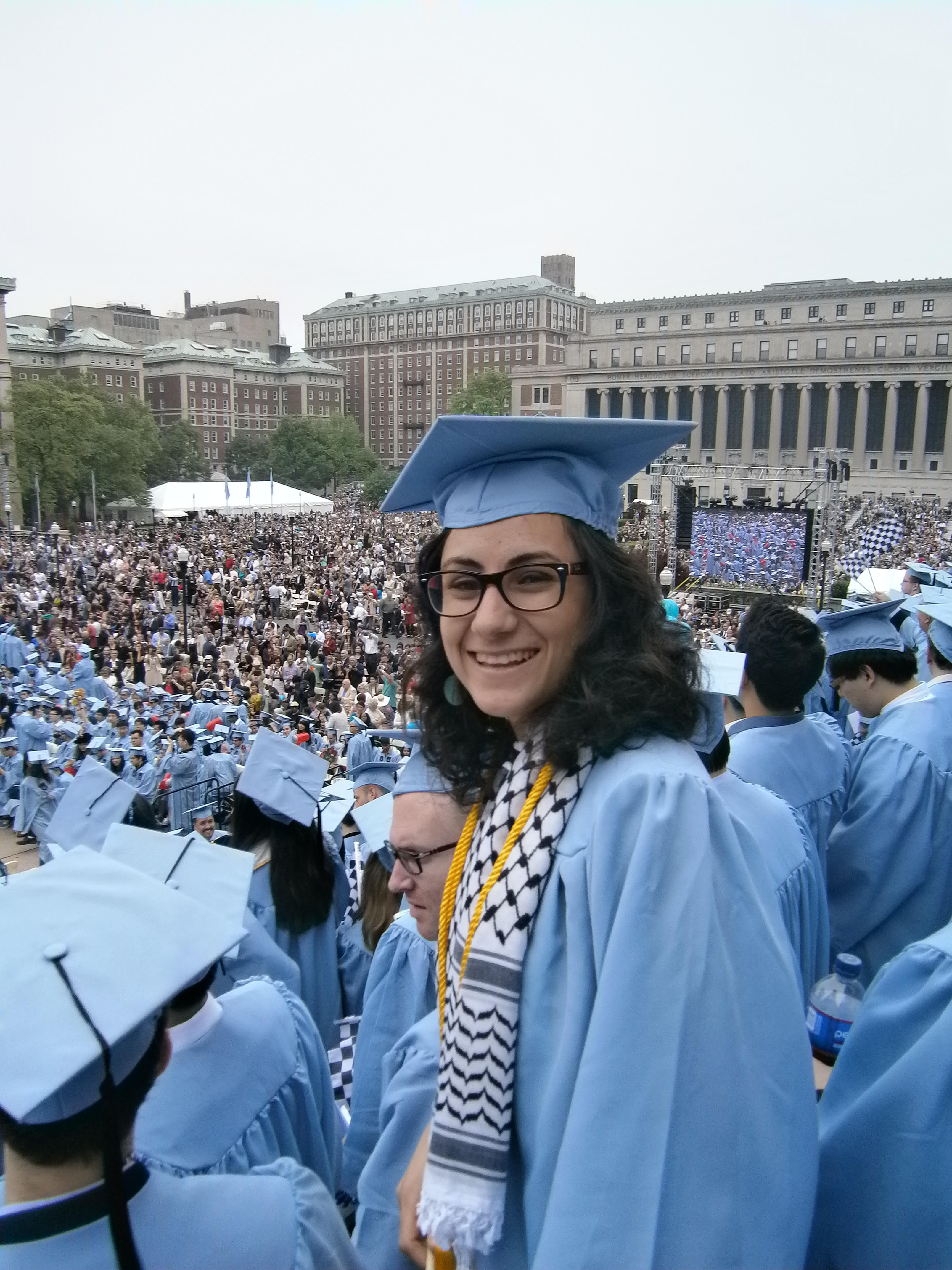 What mentors have been most impactful in your life? Any from Columbia?

Lamiss Azab, my professor at Sciences Po was someone who left a lasting impact on my education and thinking, so much so that I mentioned her in the acknowledgements section of my PhD. She taught me the art of writing and thinking in an analytical, critical way.

She would always tell me, vas plus loin -  go further, or deeper, to unpack a thought, and that was something that I remembered throughout my studies that followed. She made a deep impact on my academic journey for years.

My PhD supervisor, Diego Sanchez-Ancochea, has also been a great mentor of mine. From him, I learnt to embrace the messiness of the research process, to “be comfortable feeling uncomfortable,” and to think about my research as a puzzle. Diego was also outstanding in his kindness, empathy, and encouragement throughout the PhD journey.

The network of course, and having chapters of Arab alumni connect across different cities for professional and social networking.