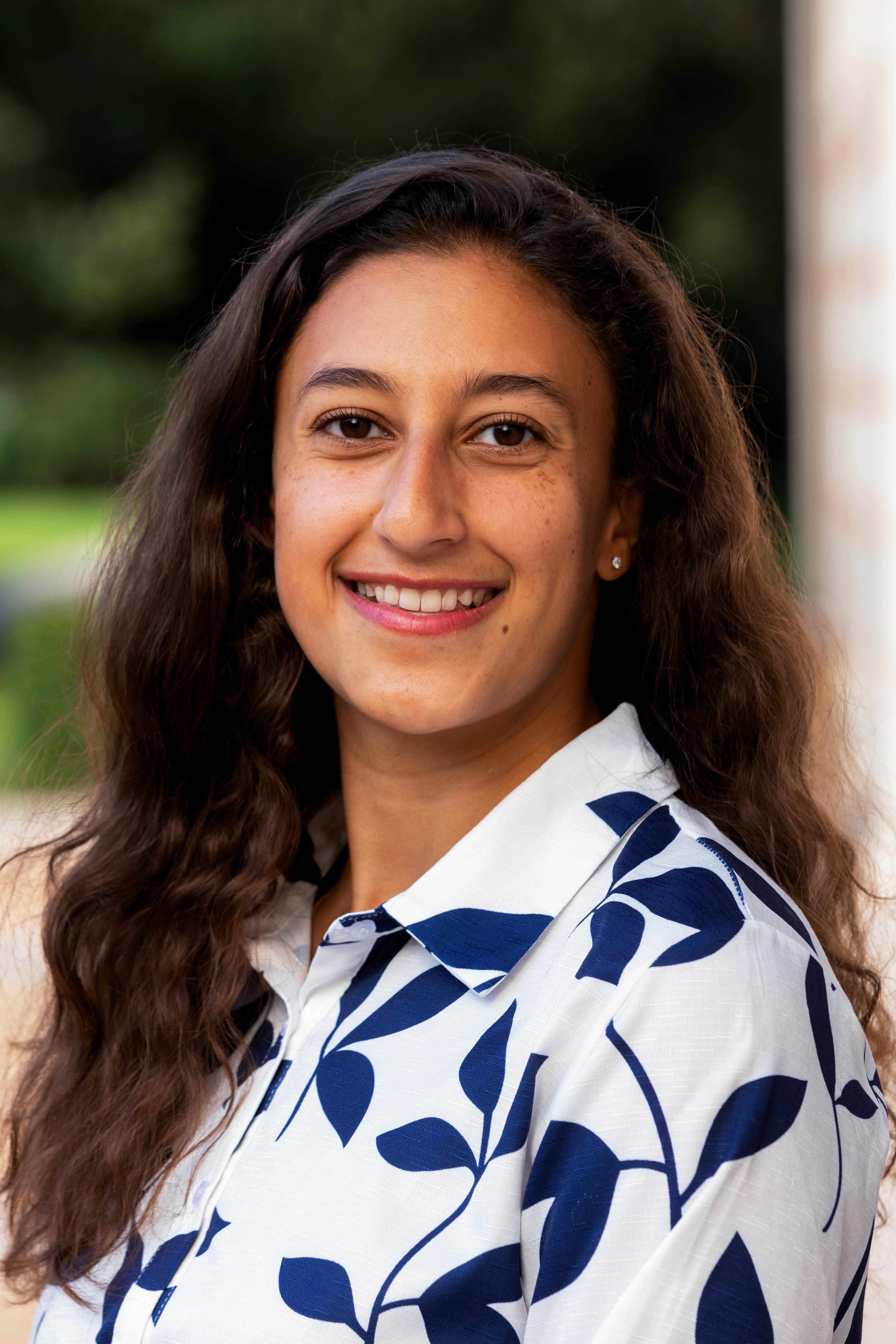 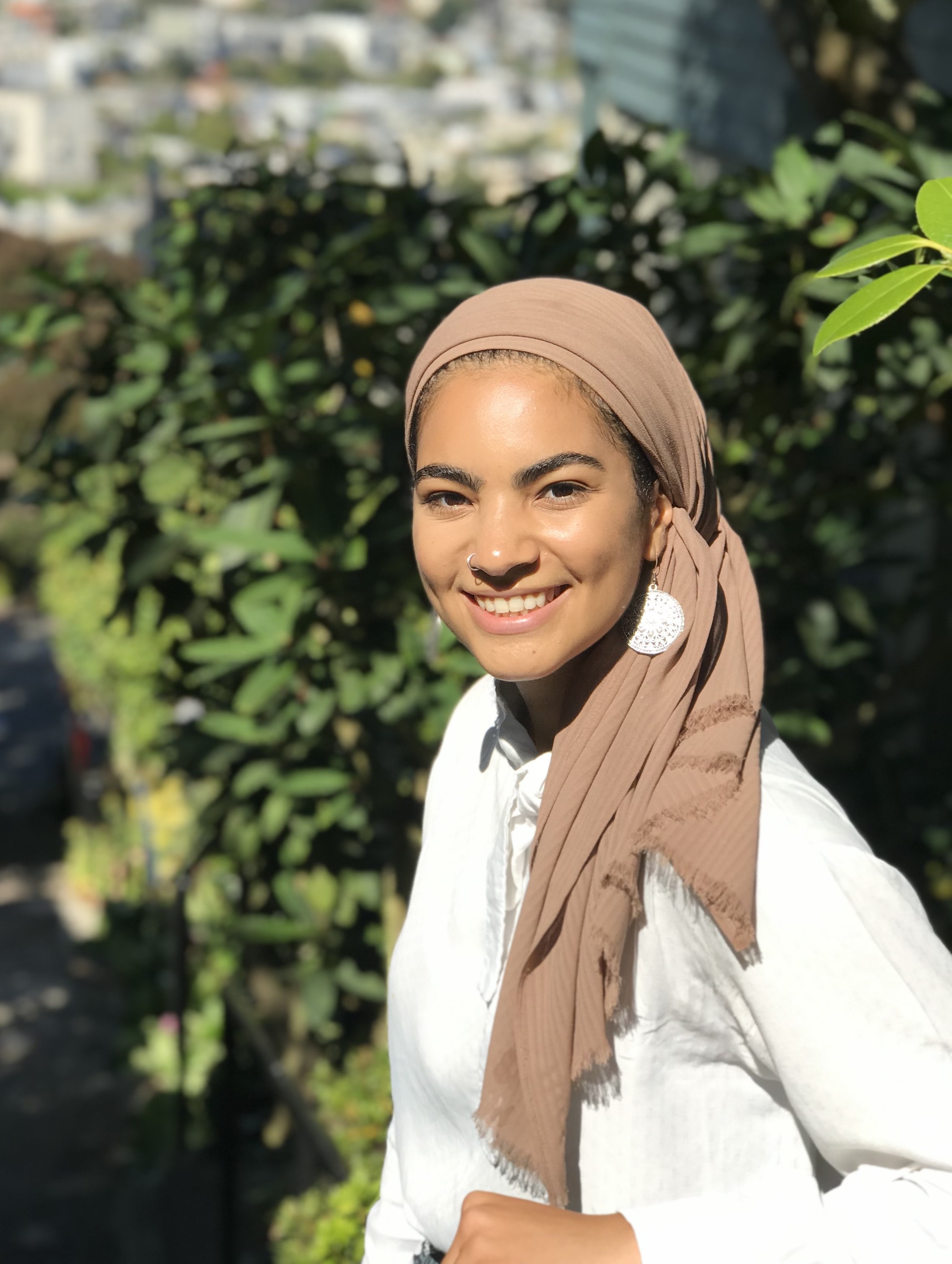 This community matters so much because it didn't exist. You couldn't be openly Arab for a really long time, and now we're taking pride in our identity. I think it's really important that we surround ourselves with each other so we can continue to build each other up.

Can you tell us a bit about yourself currently, your current role, where you live, and what you do?

Rahma: I am currently a bioengineering PhD student at Caltech. I live in Pasadena, California. My work focuses on using the progression of Alzheimer's disease, and trying to work on developing therapeutics.

Maryam: I live in New Jersey, working for Deloitte in strategy, and primarily focusing on human capital.

Can you share a little bit on your journey to getting to Columbia?

M: I was a recruited athlete, and my dad was really pushing the Ivy League and Columbia in particular. The only reason I ended up at Columbia was because I sent an email to the coach to prove to my dad that I didn't have the grades to get in. Seven years later, we know how that worked out for me.

R: What drew me to Barnard specifically was the close-knit community and that it had the resources to support what I wanted to learn as an undergrad. I knew that at Barnard, I would not only be choosing the right school but also living in New York, which was very exciting to me at the time as a high school student in Saudi Arabia.

What were your favorite classes when you were at Columbia?

R: This one is going to sound super nerdy: Quantum Chemistry. Everything was super counterintuitive, and it just felt super fascinating.

I also loved Joseph Massad’s class, Palestinian and Israeli politics, because it gave the the historical background, and also academic language to talk in a very informed manner about a topic I care a lot about.

M: I have to second Joseph Massad’s class because it gave much more depth and insight into a constantly relevant topic.

The other one was Reincarnation and Technology with David Kittay. It had us explore the concept: what happens when you die? And then you went into something called the Singularity. This concept covered if you could upload your consciousness to a computer and attain immortality. It was really tricky and incredible.

R: The Diana Center Rooftop, just because it was just very calm up there. Since I didn't have unlimited access, it always felt like an event anytime we could access the Diana.

M: Being an athlete, I’m obliged to both love and hate Dodge, considering the hours. But there's definitely something therapeutic about sitting at the sundial after a long day when the weather is good, and thinking, my campus is a giant park in the middle of New York City, and happens to be one of the top schools in the world. What a privilege! 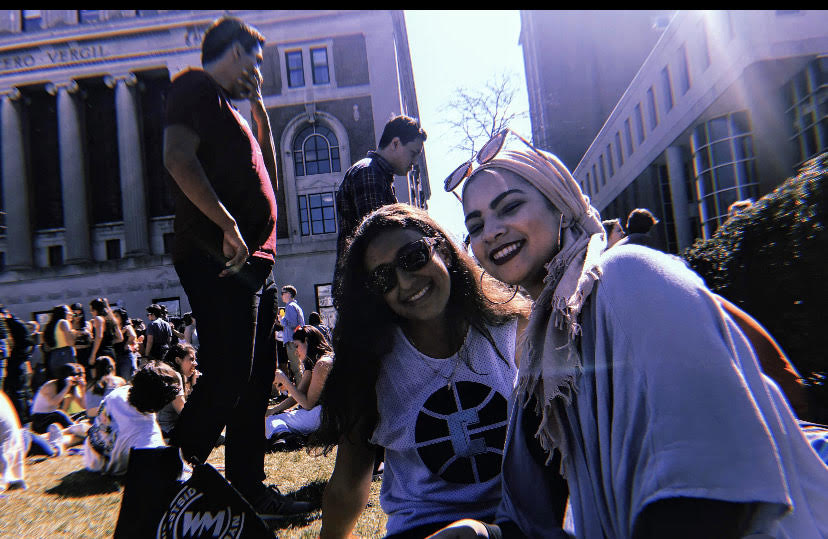 You are the co-founders of CAAA. This month marks our three year anniversary. What was your vision and what motivated you?

R: After graduating, I found myself asking for contacts of mutual friends that I had that I knew were working in different jobs, and I reached out to different people that I'd never met before who were friends of friends who graduated in prior years. They were very helpful, and very willing to answer any questions I had in the context of looking for jobs and learning about career options.

I realized an opportunity we have: What if we could foster these relationships in a more structured and sustainable way?

M: Through CAAA, I found not a network, but moreso a community. And I think that's even more valuable because I feel connected to people that have advice in different real-world scenarios, and I can grow from that in my own way. The hope is that the generations of Columbia Arabs from all the schools can benefit from that network and community and celebrate our shared identity.

Were there any particular individuals who were helpful in stating the Association?

R: Genna Farley Fleming, Senior Associate Director, Diversity Engagement at Columbia University in the City of New York, and the founding board which included current members Diana, Nadine, and Ghada, in addition to Omar, Khadija, and Anan. Their unique skillset and their passion for building this from the ground up was invaluable. We all put in so much effort. I remember the first time we e-met Khadija - we didn't realize that she was based out of Irbil. We scheduled an 8 pm meeting and she was on even though it was around 3 am her time!

M: And her connecting us to eL Seed and his agreeing to design a logo for us, it's something we're so proud to have as part of the association's heritage.

It's incredible the amount of effort that that entire group put in on Sunday mornings to sit down on Zoom, and figure out, what is our strategy? What are our next steps? I’m so so glad that Diana and Nadine have taken the bull by the horns in this new era as this first elected board of the CAAA.

For me that was a huge sign that we were doing something worthwhile, and that this was something that was going to leave a lasting impact on the community. And we have investment from older members of the community. 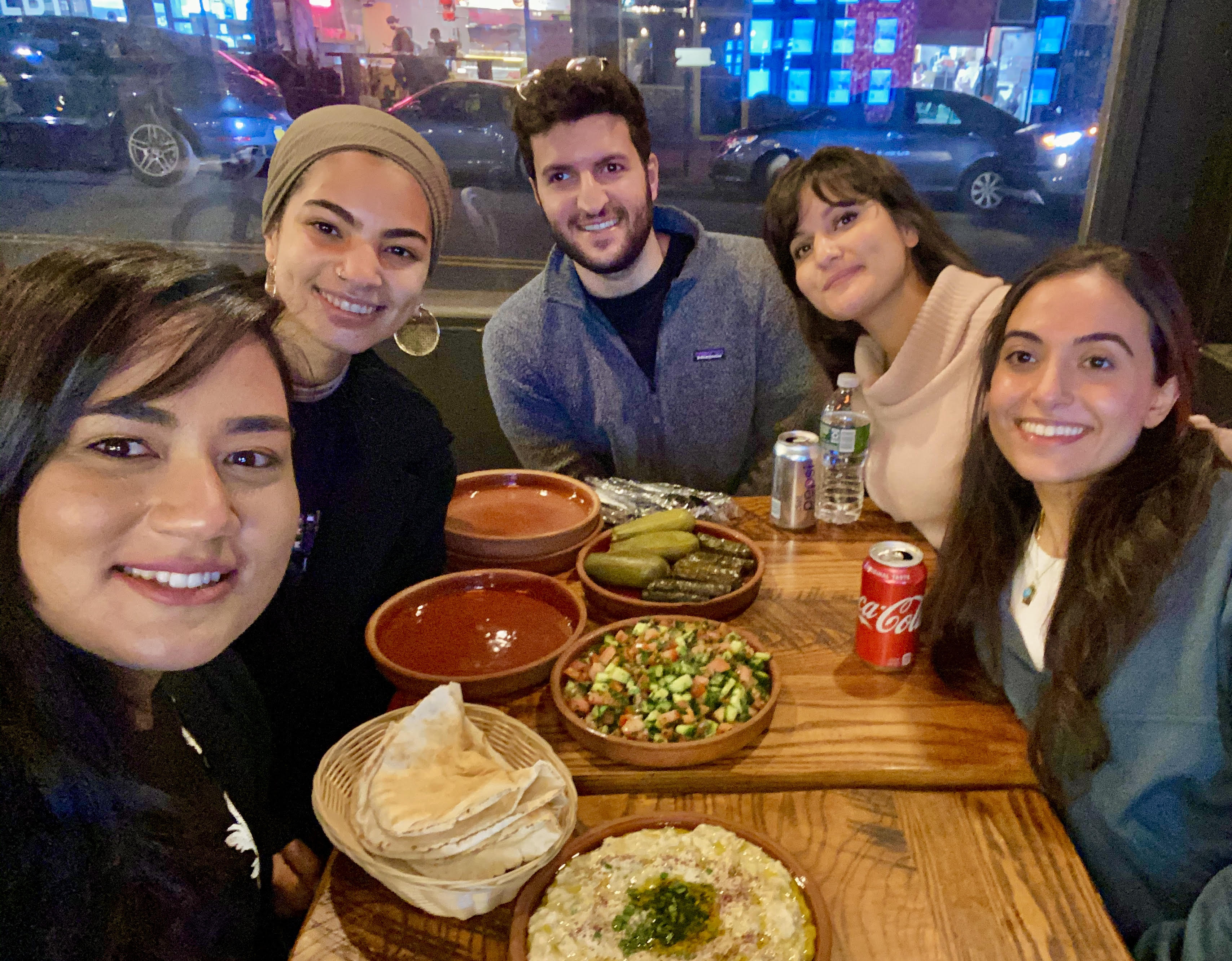 Did you face challenges in starting CAAA?

R: We can talk about the pandemic but one of the biggest challenges, was actually building the network of, especially those who had graduated ten, twenty, thirty years prior.

M: There's no demographic data that indicates anyone's identity as Arab. We're trying to like reach back in time to access those alumni who graduated pre-2000, but we want to bring everybody into the fold, and that continues to be something that we grapple with.

This community matters so much because it didn't exist. You couldn't be openly Arab for a really long time, and now we're taking pride in our identity. I think it's really important that we surround ourselves with each other so we can continue to build each other up.

M: The pandemic came with its challenges but was a double-edged sword in the end: We were able to scale in a different way. We were able to address time zone differences, and the virtual environment allowed us to put people in the same room across Egypt, Tunisia, Saudi, New York and California, and it didn't matter where in the world you were, we could still all be together despite the situation.

What can CAAA offer current and future alumni?

R: Scholarships would encourage more Arabs from the region, and domestically to come to Columbia and draw closer Mentor-Mentee relationships between undergrads and alums. We can also leverage the resources of the alumni and global centers that exist globally, to foster cross-generational connections. And finally, the CAAA can continue organizing professional and social events that bring people together.

We want to have a more visible presence of Arabs at Columbia to attract more Arabs, because there are so many talented Arabs, and if we can attract them to Columbia, that builds our community and our ability to contribute to society at large, at home and around the world.