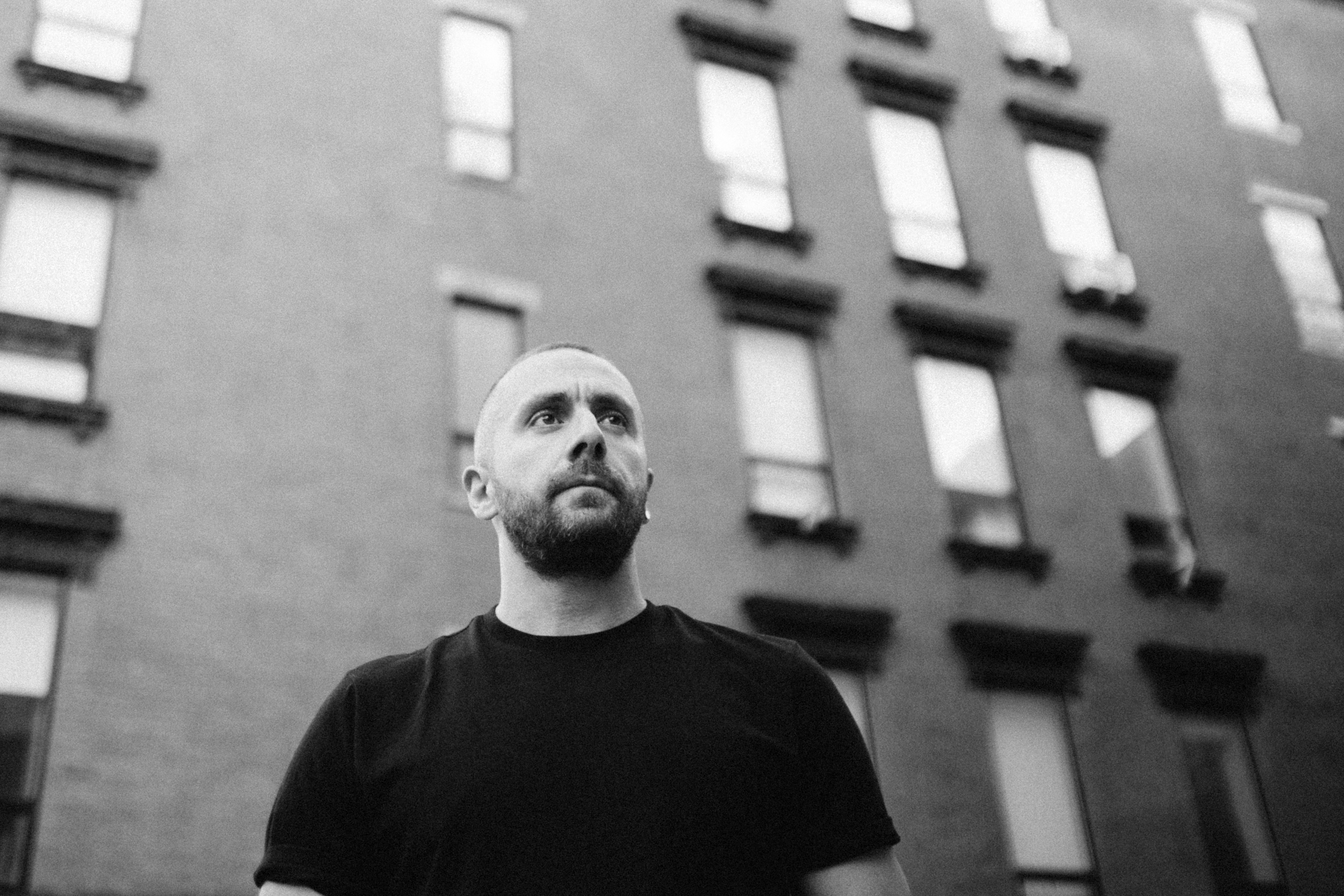 Our President, Diana Mojahed, sat down with Saphe for an Alumni Spotlight interview in December 2022.

Tell me about your current role.

I’m doing my PhD at Columbia in the Anthropology Department and I am in my fourth year now, which means ABD (“all but dissertation”). I’m currently living in Berlin as I have been doing my field work here since July. My research is with Syrians in exile who took part in the 2011 uprising. To give you a one-line answer: I’d say it’s the question of temporality (past, present & future) with which I am preoccupied in my work. I will try to be brief in summarizing where I’m at with my project:

My research examines the political conjuncture of the 2011 Arab Uprisings and their afterlives in exile today.

In doing so, I make three moves. First, tracing the folded pages of Syrian history that opened up through the 2011 lens, I work with the generation of Syrian Marxists that were underground in Syria in the 1970s and 1980s and live in exile today. Focusing mainly on the former members of the League for Communist Action, I’m interested in exploring their political trajectories, the intellectual traditions with which they grappled, their participation in the 2011 uprising and their lives in exile today. To put it very simply, what I’m trying to do is to explore how we can read the works of this generation in light of 2011, and at the same time how to read the Arab Uprisings vis-à-vis the generation of Syrian Marxists.

Second, thinking about the political imaginaries and the semantic fields that have shaped the demands of the 2011 uprisings, I am interested in exploring the concept of dignity and how it arose in 2011 as a political demand around which groups have been mobilized. Approaching dignity as a contested concept, my project does not simply seek to uncover its different meanings, but rather to explore the multiple ways through which it was deployed and the different sets of questions to which it responded. I’m hoping that my genealogy of dignity in Arab political thought will help me better understand whether the concept has taken a different significance after 2011. And finally, I’m currently doing a series of interviews in Berlin with Syrian activists, intellectuals, artists and musicians who took part in the 2011 uprising—as I’m interested in how they are refashioning their political questions today in light of 2011 and the alternative pasts with which I’m grappling.

What was your journey to Columbia?

It’s a long and nonlinear journey. I left Syria in 2009 and went to Beirut, where I took a course called CELTA and became an ESL teacher there. I had to drop out of college in Syria and ended up working in Beirut for 4 years until 2013– I know, it’s completely unexpected! Then, in literally 2 days, I moved to the US. I decided to begin from scratch there and started looking for schools; I applied to Columbia GS and started my BA there in 2014. My undergrad was in psychology and I graduated in 2017; yet most of my classes were actually in MESAAS, comparative literature, and anthropology. Following that, I did my Master’s in Near Eastern Studies at the Kevorkian Center at NYU and now I’m back to Columbia for my PhD in anthropology (you could say that I’m stuck on the 1 train).

That’s amazing. In your time at Columbia, have you had any impactful mentors?

I’m very lucky to be surrounded by a number of inspiring academics at Columbia. I’m particularly grateful to my dissertation committee: Prof. David Scott, Prof. Nadia Abu El-Haj and Prof. Elizabeth Povinelli with whom I have been working for the last four years. Not only have I learned a great deal from their writings and the classes I have taken with them, but also from the academic and intellectual relationship I have established with them.

Another impactful figure that I have had since my early days at Columbia is Prof. Taoufik Ben-Amor (and it goes without saying Ramzi el-Edlibi as well!). The Arabic music ensemble at Columbia, which Ben-Amor has been running since 2016, has been a beautiful space to learn about Arabic maqam and rhythms and the history of music in the Arab World. Ugh...There’s definitely a long list of people that I would love to mention here!

What were some major lessons that you learned at Columbia, some points of wisdom that grew on you with time?

Do you have a favorite class that you took during your time at Columbia?

Yes, I have a number of classes that were my favorite. So focusing on the classes that I took as an undergraduate, I’d say that “Rethinking Middle East Politics,” which is taught by Prof. Timothy Mitchell, significantly shaped my intellectual journey as an undergrad and it helped think more critically about politics in the Middle East. I’d highly recommend it! Another class that I greatly enjoyed is the “Modernism” class I took with Prof. Margaret Vandenberg at Barnard—which really opened up new ways for me to think about modernism, postmodernism and psychoanalysis. Actually, reading William Faulkner for that class was one of the first times that I began to think about the question of temporality and the potentiality of the past in the present.

And of course the ‘Anti-Colonialism’ class with Prof. David Scott in Anthropology has been central to crystallizing my academic interests, and also to thinking about the political questions that we (inside and outside the academy) are responding to today. We closely read some of the classics in anticolonial literature (Ghandi, CLR James, Aimé Césaire, Albert Memmi and Fanon). Another class that actually helped me choose anthropology as a discipline for my PhD was the “Interpretation of Culture”, which is one of the main requirements for the anthropology major. I was lucky that it was taught by Prof. Elizabeth Povinelli when I took it—it makes very happy that I actually got to TA this class myself last year!

Do you have a favorite book by or about Arabs?

Growing up, one of my favorite Arabic books was Sa ʾakhun Watani by the Syrian writer Mohammad al-Maghut. Another book that I would like to recommend is Beginnings by Edward Said. Few would doubt the significance of Said’s Orientalism, yet I feel it somehow overshadowed his political life and his other works. Beginnings is one of his early texts, and it’s a masterpiece! As someone told me once, for some books, one only needs to read the title. The title for me is enough– Beginnings– it says so much about the book!

Do you have a favorite spot on campus?

Joe’s has been my favorite spot there for sure! (so expected I know).
Don’t throw shade at me, but I really like Joe’s and I have been friends with different generations of people who work there, and they have given me loads of laughs and free coffee! I have actually met one of my best friends there when he used to work at Joe’s (a shoutout to Ali Ugurlu and all the staff at Joe’s).

Let’s transition to talking about your career. Tell me about what you’re working on in your professional career outside of your degree program.

Outside of my PhD, Laylit is the main thing that I have been working on. I’ve been doing music since I moved to the US, mainly curating and DJ’ing.

I co-founded Laylit in 2018 with my partners the Montreal-based music duo Wake Island that is made up of Nadim Maghzal & Philippe Manasseh. I met Nadim at a party, and we talked about starting a night in which we take people on a dance journey showcasing different genres of Arabic music from: funk & disco stretching all the way back into the late 1960s, and into contemporary Arabic pop and electronic dance music.

The first party took place at Mood Ring in Bushwick on a Wednesday! Now Laylit happens regularly at Elsewhere in three rooms, which is giving us the opportunity to curate a rich and diverse programming, marked with our Laylit signature electronic sound blending shaabi, dabke, mahraganat, Arabic pop and hip hop with cutting-edge, boundary pushing electronic dance music. Live performances: drag queens, musicians and dancers are also a central element to the Laylit experience now.

I must say that Phil and Nad are like family to me now, and honestly this is one of the most beautiful things that came out of Laylit to me. Laylit has also redefined my relationship with the city of New York, and introduced me to new cities: Montreal, Detroit and soon DC! I realize the significance for the Arab/SWANA communities to hold spaces in North America, and it makes very happy when people tell me that Laylit has become a space for them not only to discover and enjoy music, but also to gather and meet other people. I do hold onto the idea that Laylit is an “Arab dance party” and what that signifies in our North American sociopolitical context. Yet I’m also interested in (re)thinking what each of the three words do in the label ‘Arab dance party.’ There’s now a strong scene of artists, musicians, DJ’s, drag performers and dancers from the SWANA region and its diaspora that are performing and making music not simply in the periphery or as ‘world music’, but rather in the heart of the club scene in NYC.

I think a lot about the concept of futurity in my academic work and it has definitely preoccupied me in thinking about Laylit. Curating the party, mixing beats and messing with sounds, Laylit has become, for me, this exploration in which I feel we’re seeking a new Arabic electronic club sound that speaks to NYC (and the other cities in which we play) and at the same time to where we come from in the Arab/SWANA worlds. What is this sound? And what are the sociopolitical conjunctures to which it speaks? These are some of the questions that keep me busy and entertained!

It sounds like there’s overlap between your work with Laylit and your PhD research with regards to what is going on in the moment, and what people are feeling, and exploring that through music.

Yes, in my mind I feel like I’m doing very similar things. They are different mediums through which I’m exploring the questions that I’m interested in. Maybe the two mediums will come together more explicitly in the future, I don’t know!

That’s very exciting. What has Laylit given you? What has been rewarding on a personal level?

There’s so much to say here! But to keep it real, I think Laylit has given me (or us maybe?) a place to dance, make music and have fun!

What do you hope that the CAAA can offer our alumni community?

Thank you so much for reaching out and for giving me this platform to talk about what I do. I have actually checked the CAAA website this morning and it was interesting to learn about the other alumni that have been spot-lighted before me. It was harder in last 2 years to meet people on campus due to COVID-19, so I really appreciate the space this spotlight is giving to alumni. I think what I would like to see more is how to think about CAAA as a place that would bring together the different generations that went to Columbia in a way that would allow these generations to speak together, share experiences, challenge each other, rather than it being simply a place for networking. Going to Columbia is, indeed, a privilege and I want us to keep pushing each other about what we’re doing with these privileges. 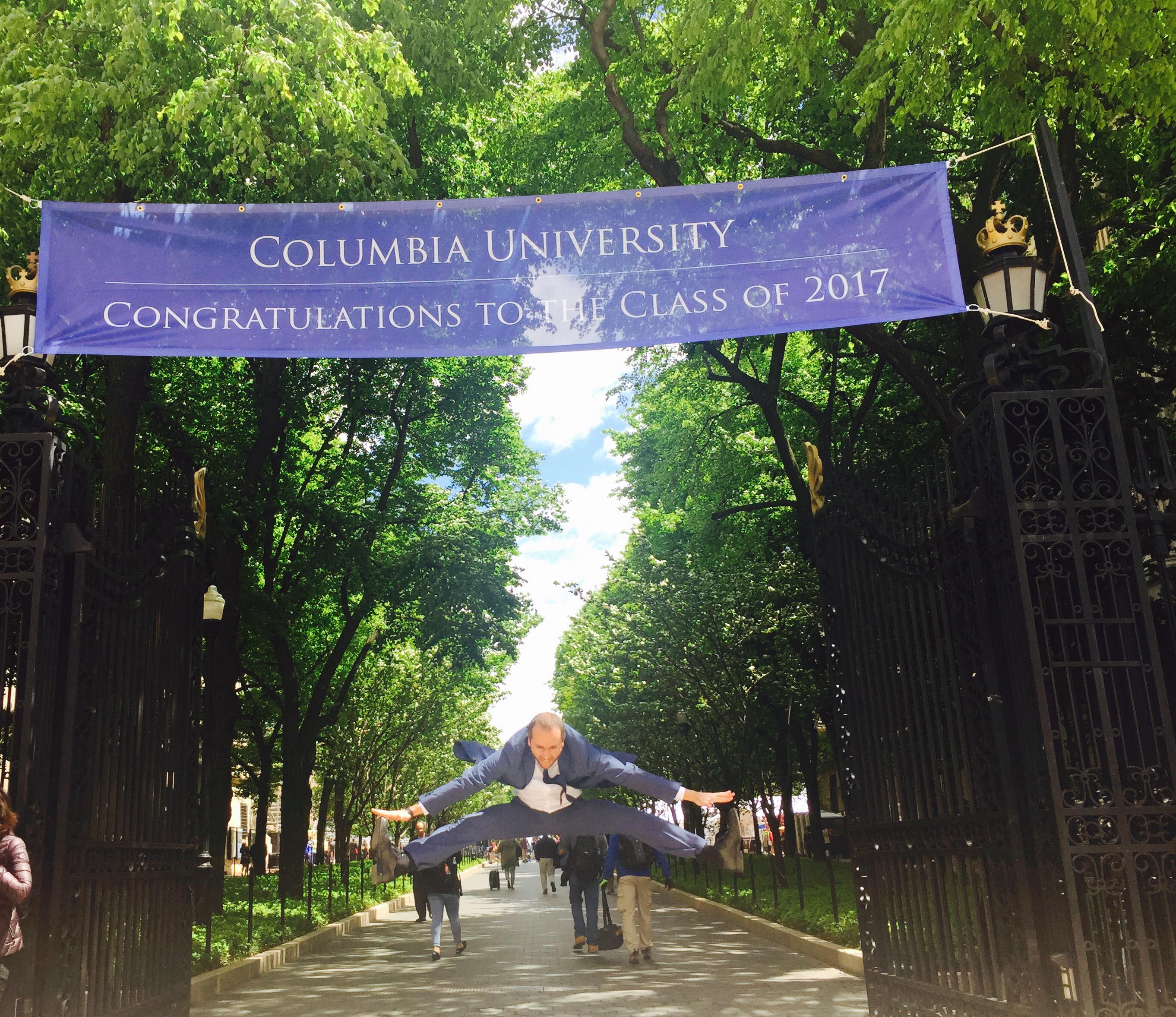